Order Cannabis Oil Here Quality CBD Oil Products ready to ship, Comes USPS 2 day Priority. One ship charge for as many as you order Only $6.25 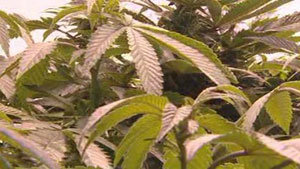 Thanks for stopping in. We offer information in regards to the extraction of cannabidiol from cannabis. It is free. Copy and Paste

The CBD oil produced by alcohol extraction and purification with petroleum ether contains tetrahydrocannabinol, two other compounds closely related to THC but non-psychoactive (cannabidiol and cannabinol), and several other compounds which contribute the taste and smell of the oil. The quality and quantity of the THC in the oil is determined by the quality and potency of the starting material. The oil from very strong cannabis material contains a much higher percentage of THC than the oil from marijuana or hashish that is less potent. The quality of the THC and the characteristics of the effect (high) are determined by the relative positions of the double bonding in the THC molecule. The higher-rotating forms are more potent the low-rotating and produce a higher, more psychedelic and spiritual effect. Methods for convert. THC from low- to high-rotating follow.

The quantity of cannabidiol in the oil is important as it may be converted to THC, thereby increasing the potency of the oil proportionally. Experience has indicated that the quantity of cannabidiol is usually least equal to the quantity of THC. Because of this, the strength of the oil can be at least doubled through Isomerization, and in some cases potency may be creased five to six times.
By using the correct chemicals and methods convert the cannabidiol to THC, it is possible simultaneously to convert the THC (that which occurs naturally in the oil and also that which has been produced from cannabidiol) to higher-rotating forms.
The highest benefit is obtained by starting with material high in cannabidiol, isomerizing the cannabidiol to THC, and converting the THC to its higher rotating form. Both the potency of the oil and the quality of the high are greatly increased. The operation is carried out as follows:
The oil from the ether extraction is dissolved in absolute ethanol or pure methanol in the ratio of one gram of oil to ten grams of solvent. The ethanol may be denatured, but must not contain water. One drop of 100 per cent sulfuric acid is added to the alcohol/oil
solution for each gram of oil. The acid is added slowly with continuous stirring. Pure sulfuric acid is very strong and will cause severe burns. Safety glasses, long rubber gloves, and clothing that covers as much of the body surface as possible are advised when working with it. Sulfuric acid burns are treated by immediate washing with water and bicarbonate of soda. The sulfuric acid is kept in a safety bottle made by permanently fitting a glass bottle with a screw top in a styrofoam-lined metal can.
A Pyrex pot containing the oil/alcohol/sulfuric acid solution is placed in the refluxing apparatus originally used for refluxing the material in alcohol. Pyrex
is substituted for the stainless-steel pot because of the reactive nature of the sulfuric acid. The rig is placed in the boiling water bath and refluxed for two hours. At the end of this time, the stew pot is placed in an ice-water bath and opened. The solution is poured
into an equal amount of water and extracted with petroleum ether, as was done in removing the ether- soluble oil from the alcohol extract solution. The ether solution is then poured into four volumes of water and gently inverted twenty-five times, releasing
the pressure each time. The layers are allowed to separate, the ether/oil layer is siphoned off and the water is discarded. The ether/oil solution is poured into four volumes of 5% bicarbonate of soda solution in water. It is mixed, then separated, and the either/oil
layer is siphoned off. The bicarbonate of soda solution is discarded and the previous step (washing with pure water) is repeated twice. The either is evaporated from the either/oil solution, as was done previously in the first purification using the stew pot apparatus. The pure ether is collected in the pan held in the colander, The oil now contains a much higher percentage of THC (determined by the amount of cannabidiol originally present). The THC is of the high-rotating isomeric form, and all of the toxins have been removed from the oil.

1. Harvest the plant and hang it upside down for 5 days

2. Immerse Plant material in a container of LIGHT NAPHA, enough to cover the material (use of most types of consumable alcohol is acceptable (vodka).

4. Pour off the Napha, and dispose of the plant material

5. Slowly heat on a hot plate or other warm surface. Do use any heating source that has flame, or sparks as the napha is very flammable. Do it in a well ventilated area.

6. The Napha will boil off, slowly stir.

7. To Test that the Napha is all gone and out of your mixture, heat to 212 degrees and add
several tablespoons of water. When the water boils off, that is your idication that the Napha
is gone, as the boiling tempature of Napha is lower than Water. CBD Oil with THC, amount of THC is dependant on how much is in the plant

Naples, Italy: Compounds in marijuana inhibit cancer cell growth in animals and in culture on a wide range of tumoral cell lines, including human breast carcinoma cells, human prostate carcimona cells, and human colectoral carcinoma cells, according to preclinical trial data published in the May issue of the Journal of Pharmacology and Experimental Therapeutics.

Investigators at Italy's Instuto di Chemica Biomolecolare assessed the anti-cancer activity of various non-psychoactive cannabinoids - including cannabidiol (CBD), cannabigerol (CBG), and cannabichromine (CBC) - in vivo and in vitro. Researchers reported that CBD Oil acts as a more potent inhibitor of cancer cell growth than other cannabinoids, including THC, and noted that the compound is particularly efficacious in halting the spread of breast cancer cells by triggering apoptosis (programmed cell death).

Cannabigerol and CBC also possess anti-tumor properties, but lack the potency of CBD, they found.

"These results suggest the use in cancer therapy for cannabidiol," investigators concluded.

For more information, please contact Paul Armentano, NORML Senior Policy Analyst, at (202) 483-5500. Full text of the study, "Antitumor activity of plant cannabinoids with emphasis on the effect of cannabidiol on human breast carcinoma," is available online at: http://jpet.aspetjournals.org/cgi/reprint/jpet.106.105247v1. Additional information on cannabinoids' anti-cancer properties is available in NORML's report, "Cannabinoids as Cancer Hope," online at: http://www.norml.org/index.cfm?Group_ID=6814

There should be no more confusion about whether or not marijuana is effective for cancer patients. Medical marijuana is chemotherapy, natural style, for all cancer patients. The two forms of hemp oil, one with THC and CBD and the other CBD Oil alone (which is pretty much legal everywhere) provide the body with chemo therapeutics without the danger and staggering side effects. There are many chapters in this book about cancer patients using marijuana but in this one we present a quick overview of the science that backs up the assertion that every cancer patient and every oncologist should put medical marijuana on their treatment maps. More Info

Cannabinoids possess anticancer activity [and may] possibly represent a new class of anti-cancer drugs that retard cancer growth, inhibit angiogenesis (the formation of new blood vessels) and the metastatic spreading of cancer cells." So concludes a comprehensive review published in the October 2005 issue of the scientific journal Mini-Reviews in Medicinal Chemistry.

Not familiar with the emerging body of research touting cannabis' ability to stave the spread of certain types of cancers? You're not alone.

For over 30 years, US politicians and bureaucrats have systematically turned a blind eye to scientific research indicating that marijuana may play a role in cancer prevention -- a finding that was first documented in 1974. That year, a research team at the Medical College of Virginia (acting at the behest of the federal government) discovered that cannabis inhibited malignant tumor cell growth in culture and in mice. According to the study's results, reported nationally in an Aug. 18, 1974, Washington Post newspaper feature, administration of marijuana's primary cannabinoid THC, "slowed the growth of lung cancers, breast cancers and a virus-induced leukemia in laboratory mice, and prolonged their lives by as much as 36 percent."

Despite these favorable preclinical findings, US government officials dismissed the study (which was eventually published in the Journal of the National Cancer Institute in 1975), and refused to fund any follow-up research until conducting a similar –- though secret –- clinical trial in the mid-1990s. That study, conducted by the US National Toxicology Program to the tune of $2 million concluded that mice and rats administered high doses of THC over long periods experienced greater protection against malignant tumors than untreated controls.

Rather than publicize their findings, government researchers once again shelved the results, which only came to light after a draft copy of its findings were leaked in 1997 to a medical journal, which in turn forwarded the story to the national media.

Nevertheless, in the decade since the completion of the National Toxicology trial, the U.S. government has yet to encourage or fund additional, follow up studies examining the cannabinoids' potential to protect against the spread cancerous tumors.

Fortunately, scientists overseas have generously picked up where US researchers so abruptly left off. In 1998, a research team at Madrid's Complutense University discovered that THC can selectively induce apoptosis (program cell death) in brain tumor cells without negatively impacting the surrounding healthy cells. Then in 2000, they reported in the journal Nature Medicine that injections of synthetic THC eradicated malignant gliomas (brain tumors) in one-third of treated rats, and prolonged life in another third by six weeks.

In 2003, researchers at the University of Milan in Naples, Italy, reported that non-psychoactive compounds in marijuana inhibited the growth of glioma cells in a dose dependent manner and selectively targeted and killed malignant cancer cells.

The following year, researchers reported in the journal of the American Association for Cancer Research that marijuana's constituents inhibited the spread of brain cancer in human tumor biopsies. In a related development, a research team from the University of South Florida further noted that THC can also selectively inhibit the activation and replication of gamma herpes viruses. The viruses, which can lie dormant for years within white blood cells before becoming active and spreading to other cells, are thought to increase one's chances of developing cancers such as Karposis Sarcoma, Burkitts lymphoma, and Hodgkins disease.

Nevertheless, US politicians have been little swayed by these results, and remain steadfastly opposed to the notion of sponsoring – or even acknowledging – this growing body clinical research, preferring instead to promote the unfounded notion that cannabis use causes cancer. Until this bias changes, expect the bulk of research investigating the use of cannabinoids as anticancer agents to remain overseas and, regrettably, overlooked in the public discourse.

How to get in touch with us